Bal des Supplices is a once annual fetish party and this year happened to be their 10 year anniversary. When I told the organiser, fetish photographer Julian Reynauld that I would be attending, he promptly put Me on their VIP page as visiting International Mistress. How could I say non?

Arriving in Lyon, I was lucky enough to have a total enclosure shoot with local fetish photographer Alex Iniklyss. I will be making the photos of that shoot available in My next bonus update.

After the shoot I was taken to an award winning beef restaurant (the kind where the carcass of cow is hanging in the window). There I met a 20 strong crowd of French fetishists, more than half of whom were dressed in latex. Dinner and drinks was a great ice breaker where I also got to meet the super cool husband/wife team behind Ultimate Psycho as well as the Maitresse of Ceremonies herself, Louva from Demask.

The party itself was in a spacious venue near the airport with about 500 in attendance. Thankfully I had already met My ca group of shiny perverts. But to my delight, there were other latex lifestylers I had met on the international party circuit. With brilliant performances and pumping music,

Julian tells me he has plans to change the format of the event next year to make it even more exclusive and latex focused. Can’t wait!

Here are some photos of the event taken by Ultimate Psycho.

To see the photo set taken by Alex Iniklyss JOIN NOW. Membership starts as low as £10 or $15 for a limited time only! 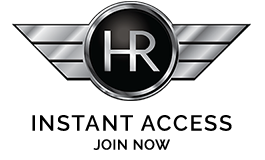